On the FR 500 and FR 600 with FPT Cursor 13-engine from year of construction 2012 up to and including 2015, the connecting hose for the two charge air pipes is so close to the exhaust gas turbine of the turbocharger, that it regularly breaks due to the enormous heat generated.

Attaching a small heat shield as shown below will permanently solve the problem. 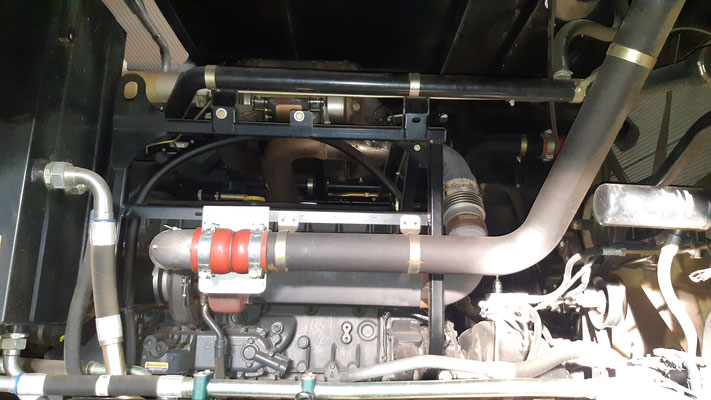 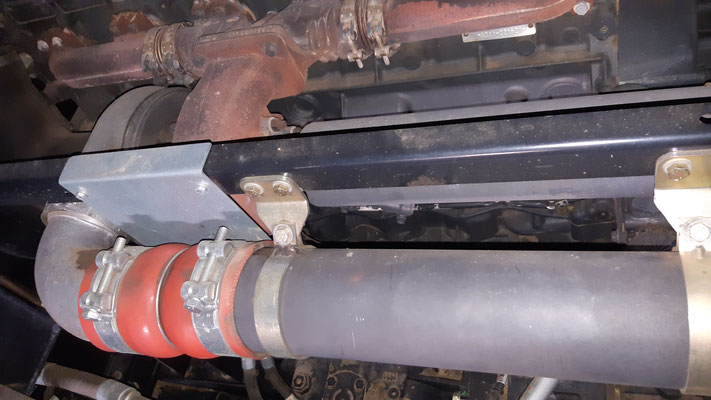 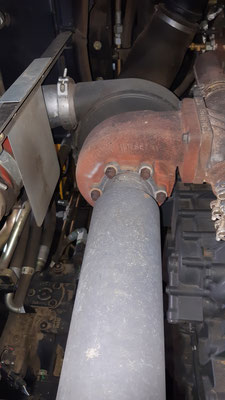 On the earlier "FR" models, the pivot point of the lever for the fan belt tensioner pulley was attached directly to the axis of the fan blade.

The design of this bearing has not proven to be durable, so that in some cases the bearings had to be replaced after only 300 hours of operation.

In the modification shown below, the pivot point in question was moved away from the fan wheel to the already existing traverse of the fan blade, which finally solved the problem. 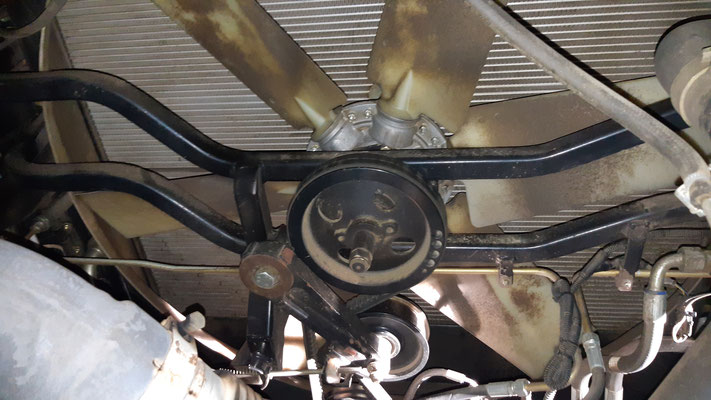 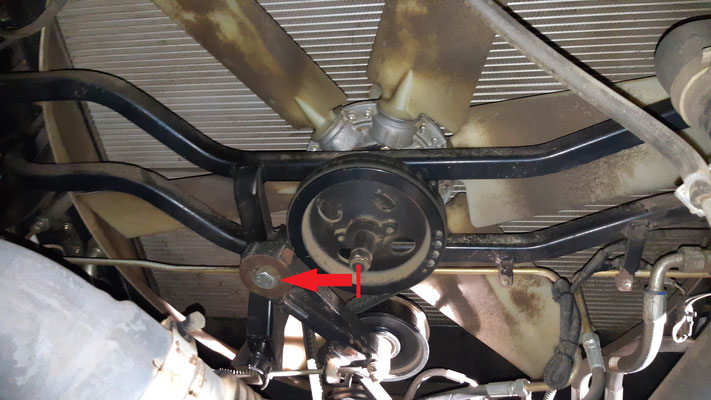 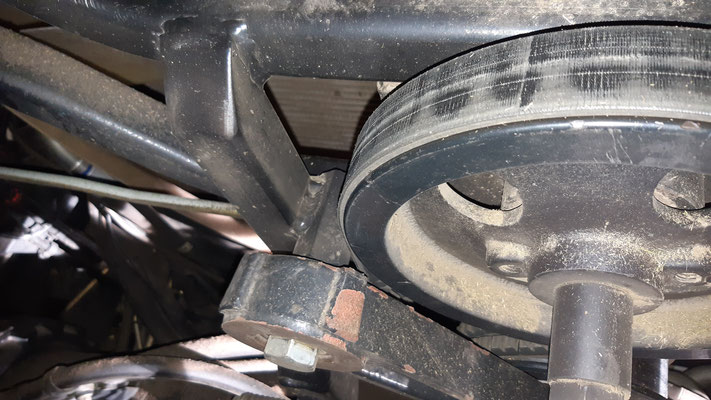 With the attachment supplied ex works for the 3m grass-header, the harvested crop has to cover a relatively long distance without being actively conveyed, which inevitably results in uneven feeding of the chopper.

To solve this problem, which is also more or less known from other manufacturers, the linkage on the pick-up shown was changed: A 100mm wide rectangular steel-tube was used on the upper cross frame, where the intake-unit lifts the header, so that this change taken on its own, the pick-up would initially have to be raised a little higher, or in the harvesting position the chopping unit would have to lower itself further.

So far, however, this is in no way expedient, since the flow of forage at the outlet of the chopper drum would deteriorate massively. So, to complete this modification, the header's lower locking points were moved significantly forward.

Ultimately, the pick-up was only tilted forward much more steeply and the original mounting height was retained. The improvement in the flow of fodder is now due to the fact that the pick-up is discharged much closer to the feed rollers, making the feeding much more even.

The improvement achieved can already be seen in the significantly shortened transfer plate of the pick-up.

The following pictures show the original condition with the red arrows, the green ones the modification. 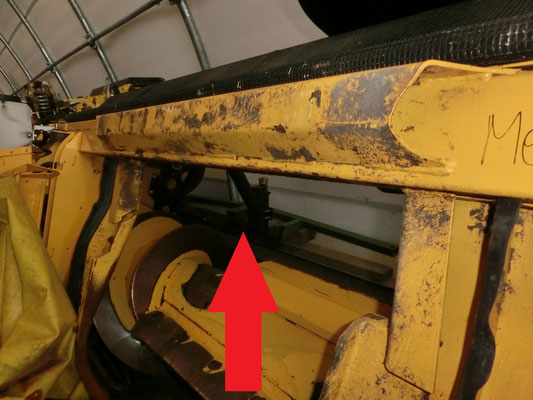 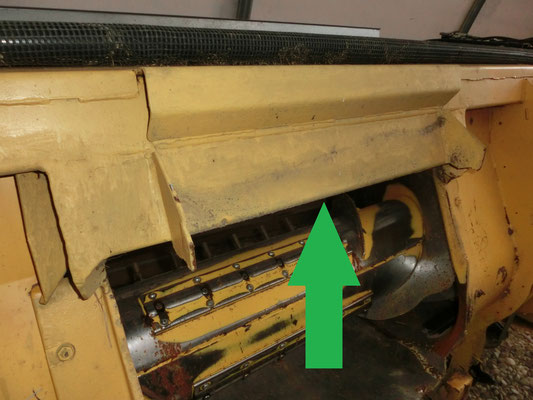 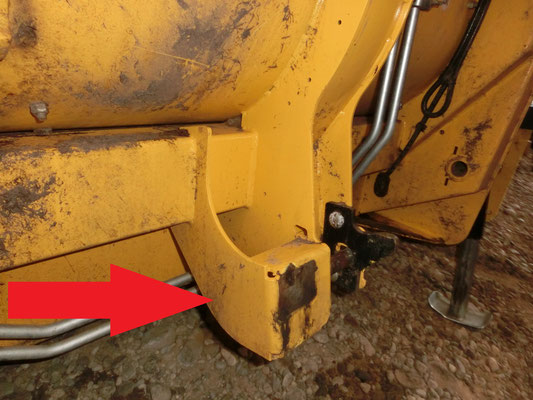 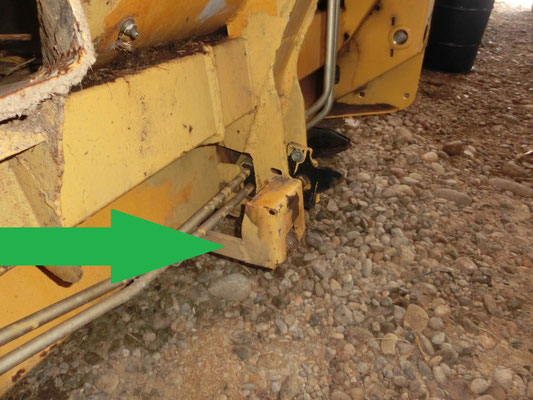 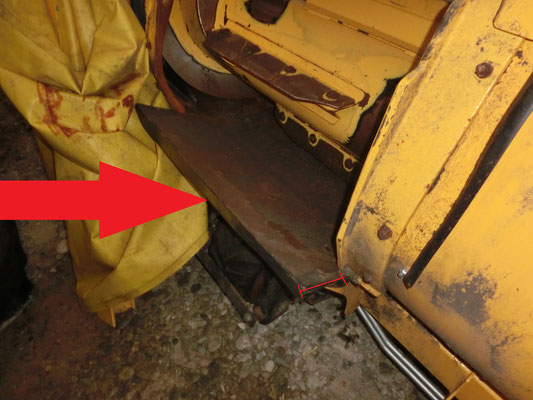 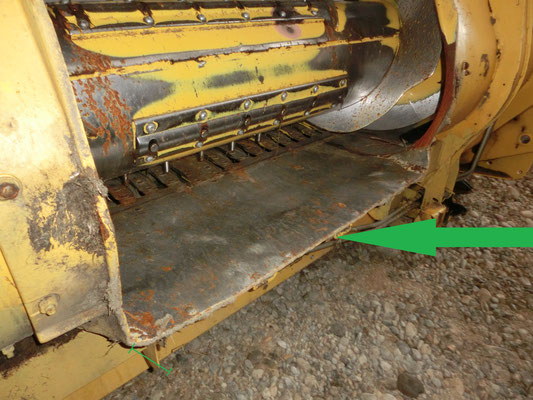